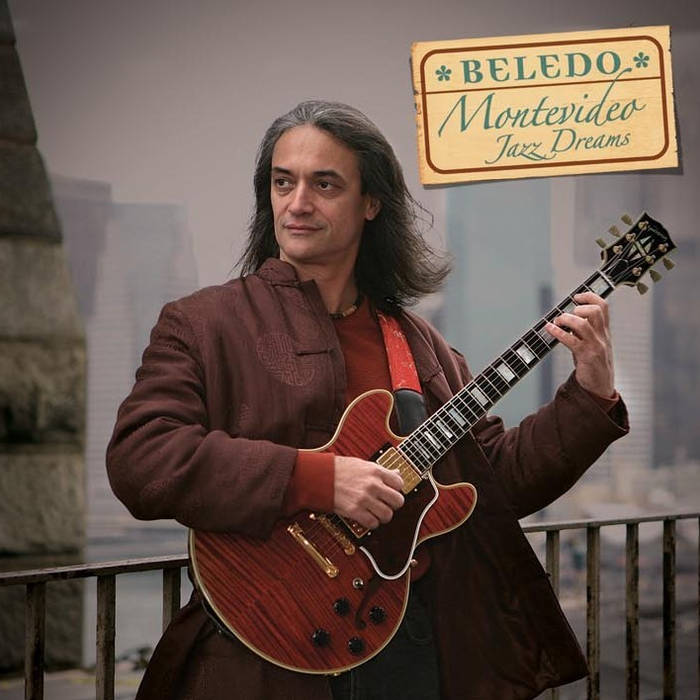 Carsten Pieper Beledo (again) assembled an impressive line-up for this hommage to his birth-town. As could be excpected, another high-class fusion offering with some tasty "local flavors".

I had already an eye on Beledo's current Dreamland Mechanism, when MoonJune Records came up with a Beledo special offer which included this one and for which I'm quite happy! Favorite track: Entre Laberintos.

Supported by the likes of such modern-day jazz icons as Randy Brecker, Manolo Badrena and Stefon Harris, Montevideo Jazz Dreams is Uruguayan-born, NYC-based Beledo's elegant, arousing musical homage to his birthplace. Released in 2007, this inspired outing not only showcases Beledo's equally-masterful talents as a performer on both guitar and piano, but also as an adept composer and arranger.All of the tunes unfold in flowing, organic fashion. From the playful weaving, counterpoint and interplay of cuts such as "Rugue On A Blue Note" and "The Truce of Cufré," to the driving urgency and powerful staccato thematic melody of "Late Show," the album is a multifarious tapestry, effortlessly woven to perfection.The resulting synergy of this potent assemblage of accomplished, articulate musicians bears the earmark of a seasoned band with remarkable chemistry, as opposed to just a group of players contributing to another's solo album. Each tune is, of itself, a finely-polished, elaborate rare gem, collectively culminating in a multi-faceted masterpiece of timeless sonic art whose details are more appreciated with each subsequent listen.Kicking off with the intrigue of the oblique Spanish-flavored polyrhythmic percussion-and-vocals introduction of the disc's opening number ("Entre Laberintos"), all the way through to the brilliant, unrelenting melody line and tasteful punctuations of its closer ("Boathouse Riff"), Beledo and his stellar supporting cast have produced an album of alluring pulchritude, the grace and subtleties of which belie the depths of its genius, ambition and enterprise. This is refined, ornate music for the true jazz connoisseur: an enticing array of exotic delicacies that tease and tantalize, but still ultimately satisfy.MoonJune Records is proud and pleased to bring you the work of the great Uruguayan maestro, Beledo, and help give his incredible work the international attention and audience it so richly deserves.